If we look at the way things are going on in the world, we surely are heading for the last days. Times are changing drastically, in ways many of us would never have expected to see. For example, the US Supreme Court recently ruled same-sex marriage as a constitutional right in the United States. Should we be surprised with this ruling in the US? Probably not, because the moral foundation of this country crumbled decades ago, and what was one of the building blocks of this country, the “church”, has left its first love, and is well into a state of apostasy.

In other parts of the world, ISIS goes around beheading Christians. During the tribulation, those who do not accept the mark of the beast will be beheaded.

And what can we say about the future of Jerusalem, Israel? Oh, Jerusalem, Jerusalem, the time of Jacob’s trouble is still to come … your trouble is still to come … Jeremiah 30:7. God says that in the last days Jerusalem will become a stumbling block to the nations … Zechariah 12:3. Governments of the world are already trying to divide the nation of Israel right now! We know what God says about that too (if you don’t know, you can find it here … Joel 3:2)! And just before Christ returns, He plainly says there will be a time of great tribulation, such has not occurred since the beginning of the world ... Matt 24:21.

Before all of these future events come to be, born again believers will be removed just prior to the time of tribulation … called out (aka raptured)! You can find all of this in 1 Thess 4:13-18 and 1 Cor 15:50-54.

Throughout time, people have speculated when the rapture will take place, and believers and non-believers alike want to know. The Bible is very clear on this ... since no one knows the day or the hour of Christ’s second coming (Matt 24:36), we cannot know the day or the hour of the rapture, because that day will come seven years before Christ’s return to rule on this earth.

With all of this being said, there are certain verses and historical events that can help point us in the timeframe of when these events, the rapture and the second coming of Christ, could come to be.

Possible timeframe for the Rapture and the Second Coming of Christ

One of our GND team members provided the following graph showing a potential timeframe for the rapture and second coming, along with the following verses and historical accounts, to provide the building blocks for the graph below:

Based on the above Biblical facts and historical accounts, perhaps we can know a possible timeframe for the rapture and the second coming, and this graph certainly seems to have somewhat of a foundation for the timeframe. 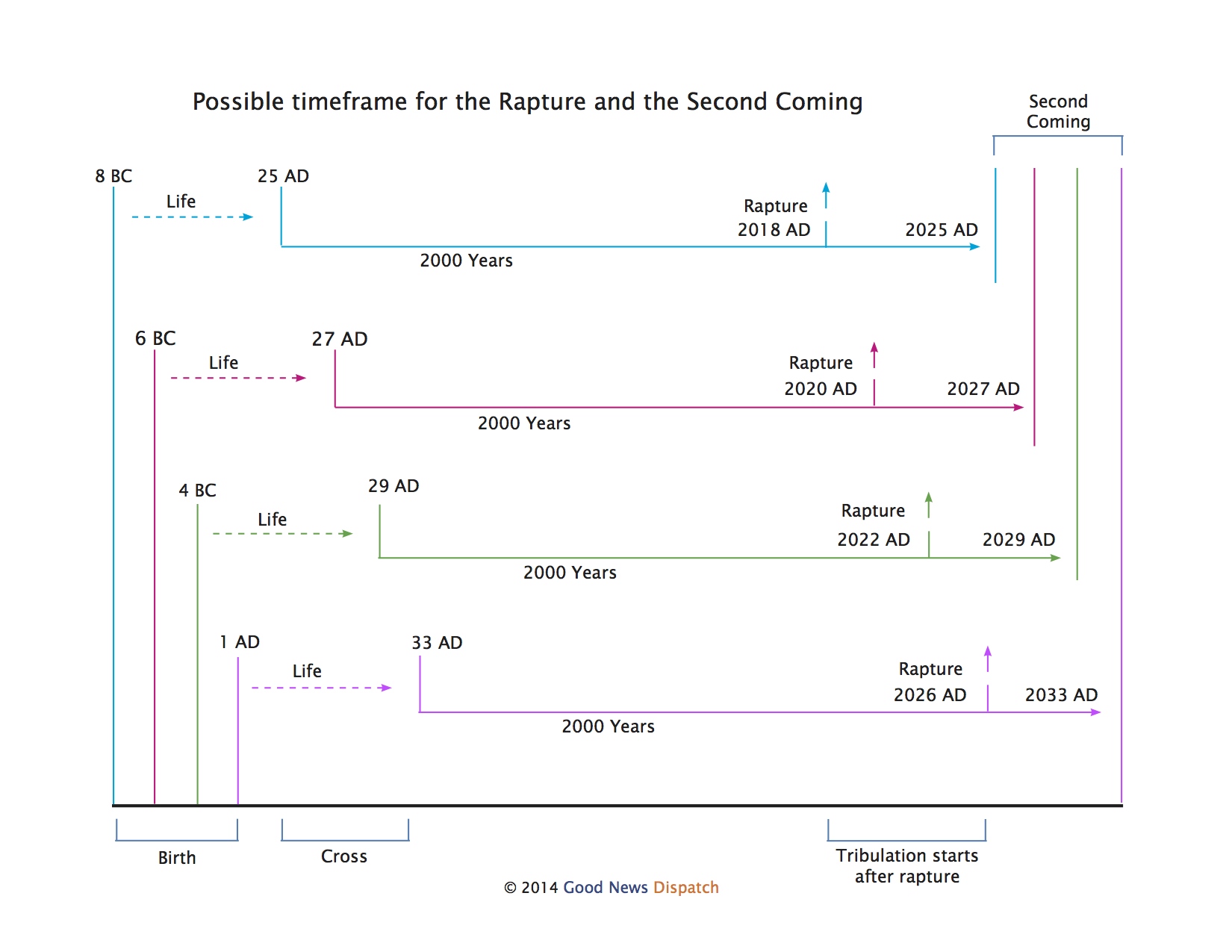 One request, please do not copy or download this image. If you would like a copy, please go to our Contact page to let us know and we will send you one.

To provide a summary of the graph based on the line colors, this is how it plays out: 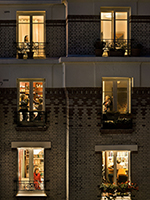 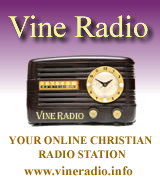